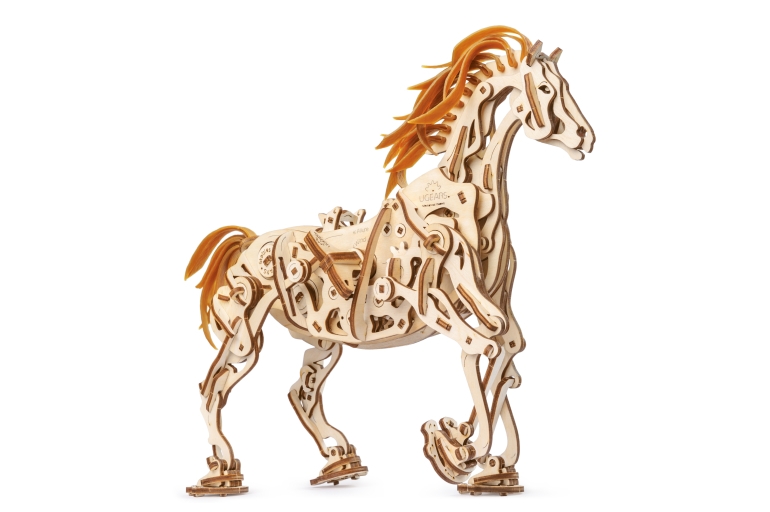 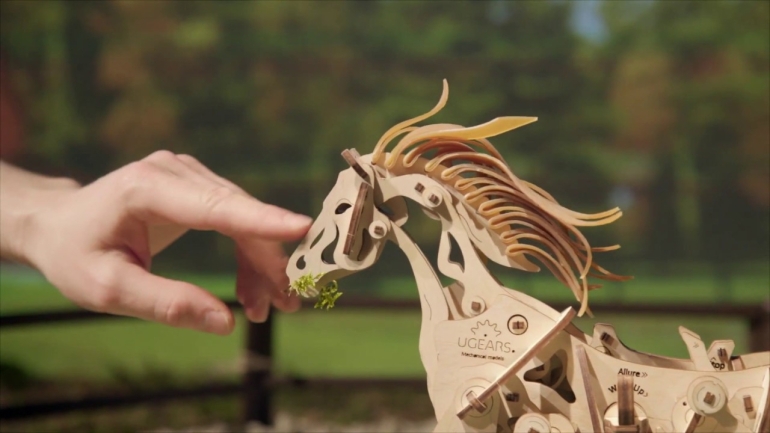 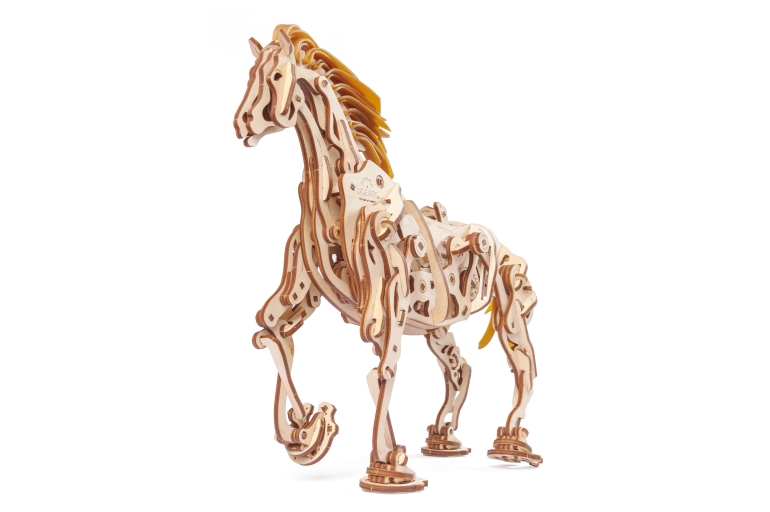 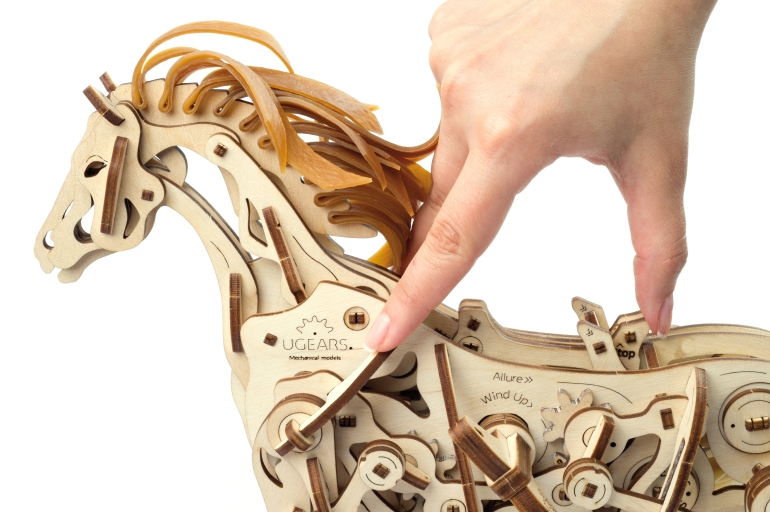 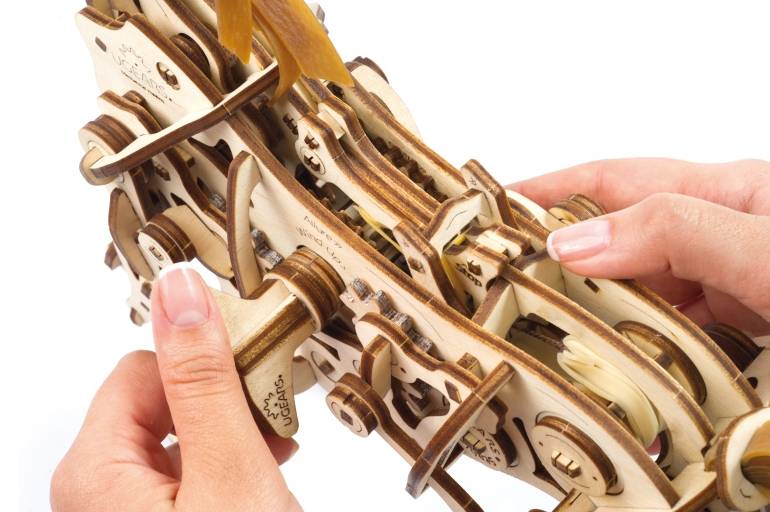 We regard a broken part as an exception, because we always deliver the best quality with full responsibility. But we cannot rule out a small accident.
If the purchase was made via our web-shop no more than 30 days ago, then you may order a new part from our website for free. In all the other cases you will need to pay a small handling fee. Order part here

You have the right to cancel your order up to 30 days after receipt without giving any reason, provided that the seal has not been broken. When the seal is broken, your order is final and can no longer be returned. If you make use of your right of withdrawal, you have another 14 days after cancellation to return your product. You will then be credited with the full order amount including shipping costs. If you make use of your right of withdrawal, the product will be returned to the entrepreneur with all accessories supplied and in its original condition and packaging. To exercise this right, please contact us via info@ugears-shop.nl We will send you a return label in the mail. You can print this label and stick it on the repackaged shipment. Then you can hand it in by post at no extra cost. We will then refund the order amount due within 14 days after registering your return in case the product has already been returned in good order.

You may find more than 1300 reviews (read here) which were left by our customers. They highly appreciated the delivery time, customer service, price /quality ratio and ordering process. Also we are regularly checking the reviews in order to improve our service so our clients will have positive experience and become the part of a huge UGears family.

You are welcome to join our community to collect tips & tricks from our top fans or share your beautiful Ugears models and get inspiring feedback. The name of the Facebook group is UGears Bouwexperten (join here). More than 3000 experts are happy to share their experience with you and answer your questions.

Before the Age of Steam took over the world, drastically changing every sphere of human activity, the only reliable transport available to travellers had been strong and fast horses. Ugears looks away from high end technologies and ultrahigh-speed to appreciate the time of travelling by horse-back with a model joining nature and mechanics – the Bionic Horse.

Making the Horse quadrupedal was one of the project’s main challenges. In the walking mechanisms designed by many engineers before, stability of the moving construction was realized by means of additional extremities or other extra-supports. Ugears’ wizards have found a smarter way to achieve stability in motion. The absolutely unique mechanism of the model that makes your Horse a real quadruped is a brand new innovation developed by Ugears and presented for you to test for the first time ever.

The designers paid special attention to the anatomy of the animal’s legs to make sure that all the joints and movements closely resemble those of a real horse. To animate the legs the engineers implemented a claw mechanism.

The bionic heart of your horse is a pendulum installed in the chest of the mech. The oscillations of the pendulum slow the transmission of energy from the rubberband motor to the movable elements extending the working time of the mechanism.

The Bionic Horse won’t carry you over the horizon – the distance it can cover in one winding is quite limited. Although, it is enough to observe the work of the unique mechanism and enjoy the beauty of the mechanics of the model.

The mane and tail of the horse that are meant to flow in the wind are made of flexible rubber bands. When moving, the mechanoid shakes its head swaying its soft rubber mane.

Mechanical horse is a tribute to early automatons, the attempts to create a walking machine made by the Ancient Greeks, inventors of Japan and China, and Leonardo da Vinci himself. Let go of the rush and haste of modern times. Withdraw yourself from the race for some time to hop on the relaxing – but no less exciting! – stroll with the new Bionic Horse from Ugears! 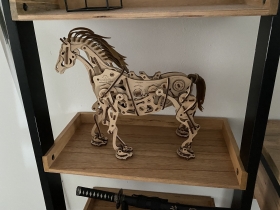 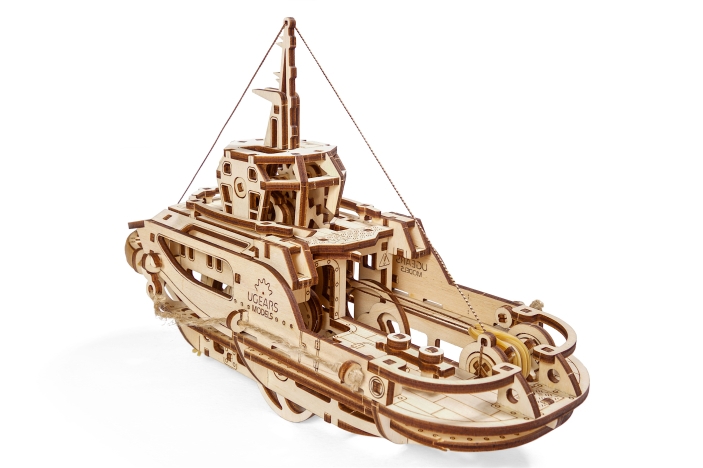 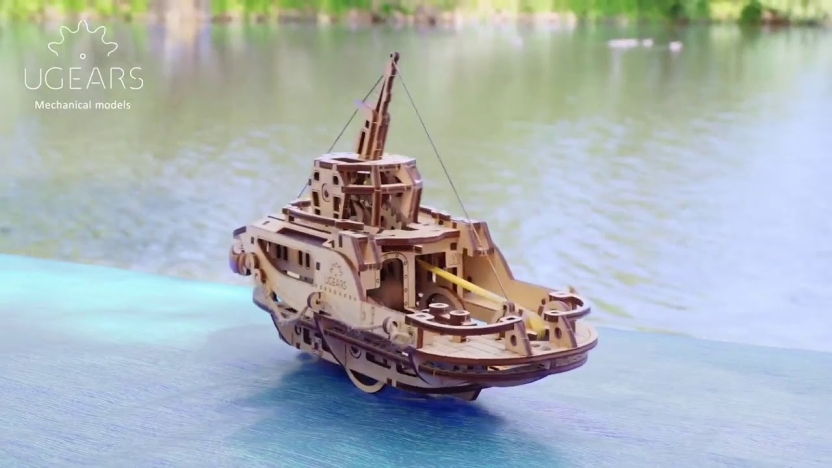 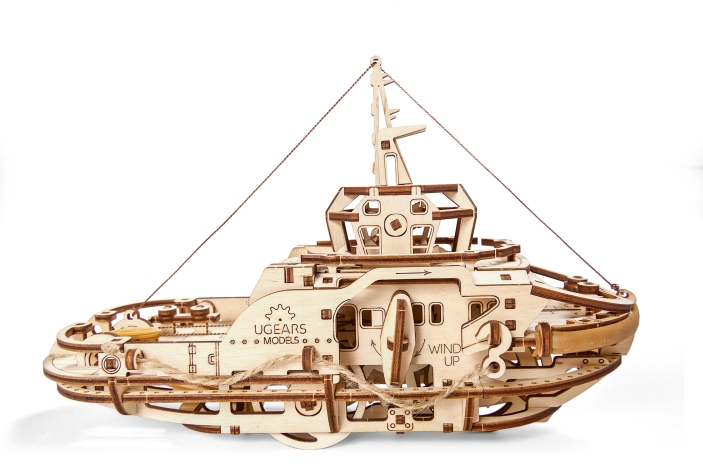 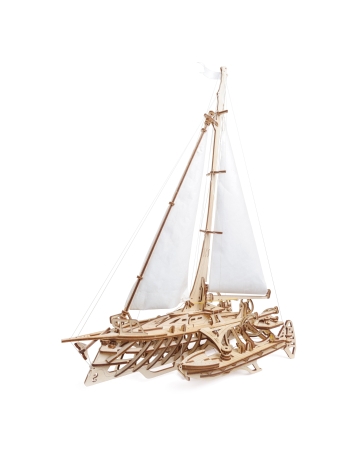 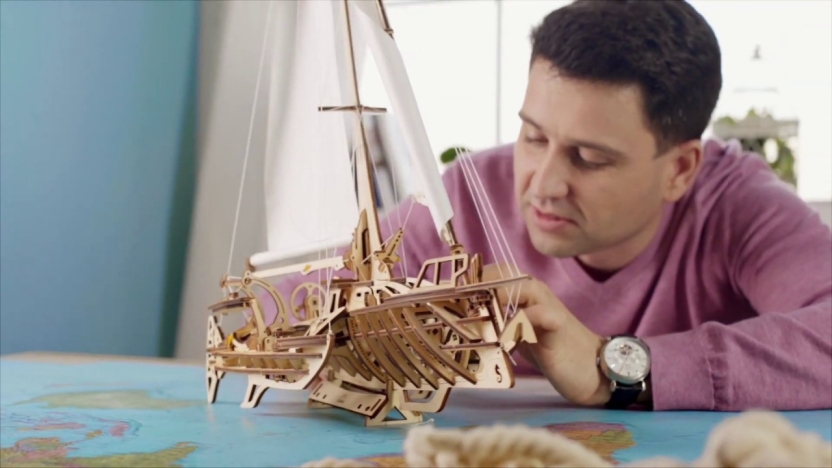 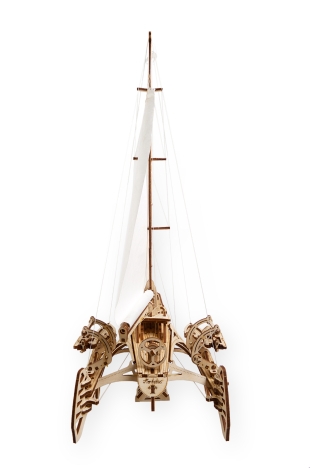 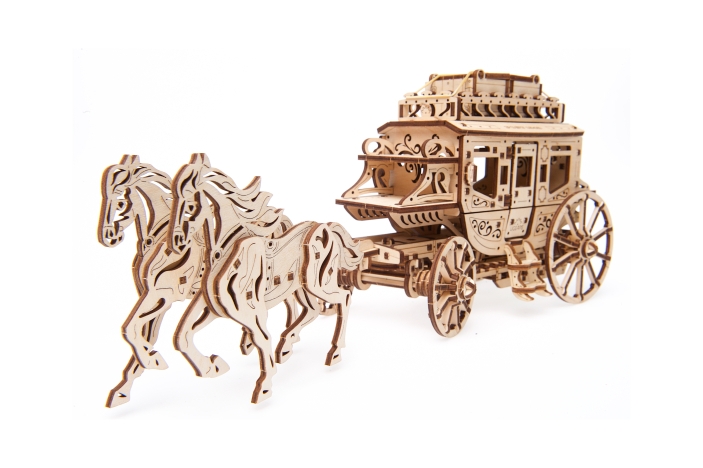 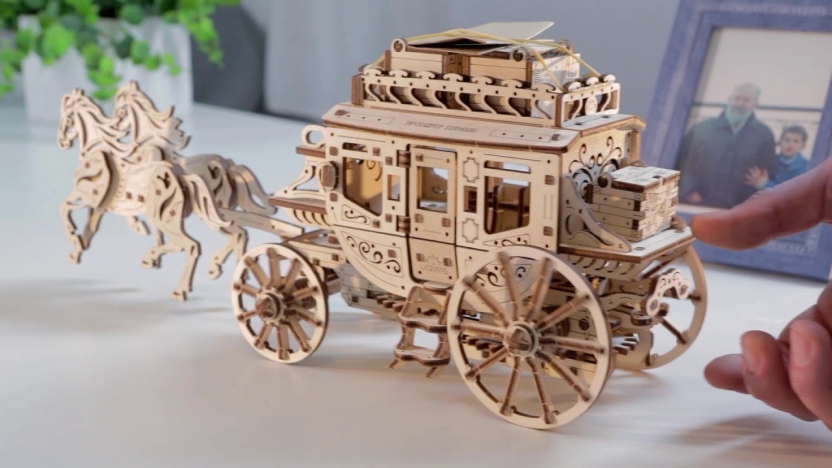 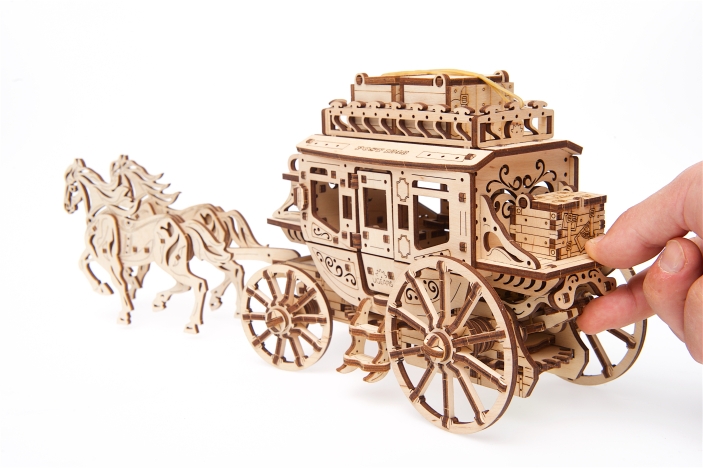 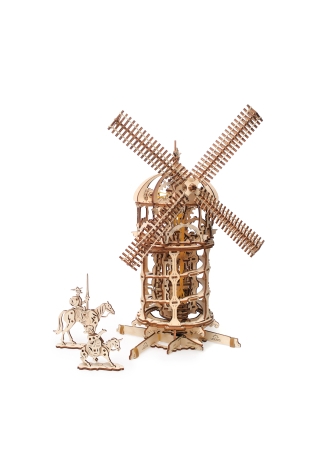 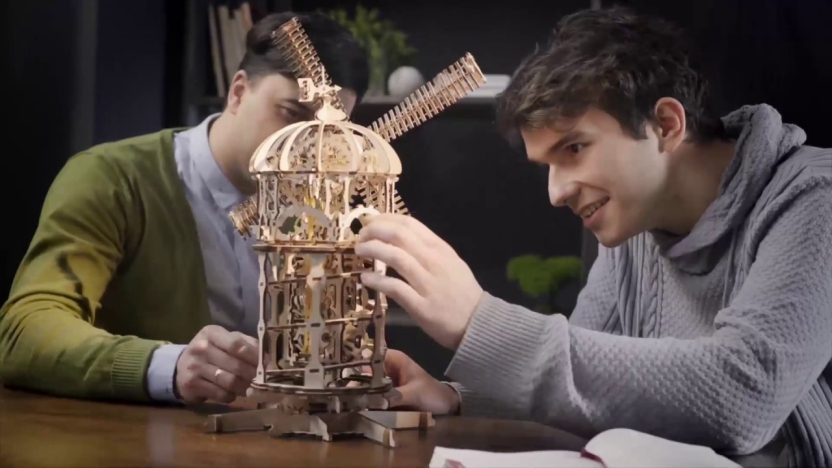 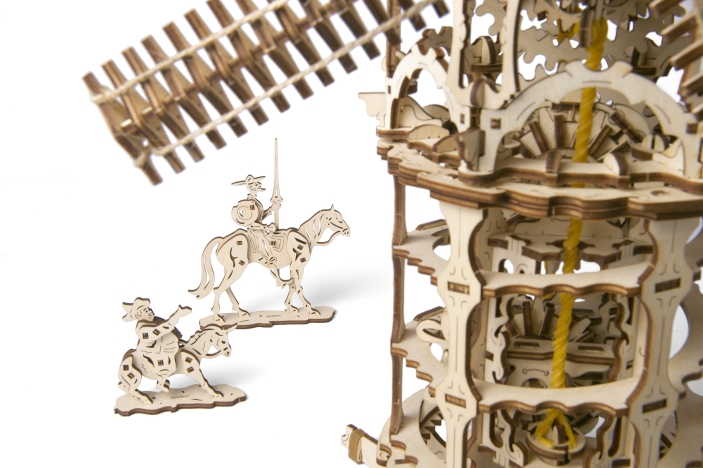 By continuing to use our site, you consent to the use of cookies, including third party ones, and other technologies used for statistical and analytical purposes. This information allows us to improve your experience and our services. Click here for more information on our Cookie Policy. Please notice the changes in our Data Policy.